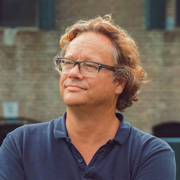 Amped is the Dutch Hub for SMARTCHAIN and has the following aims: 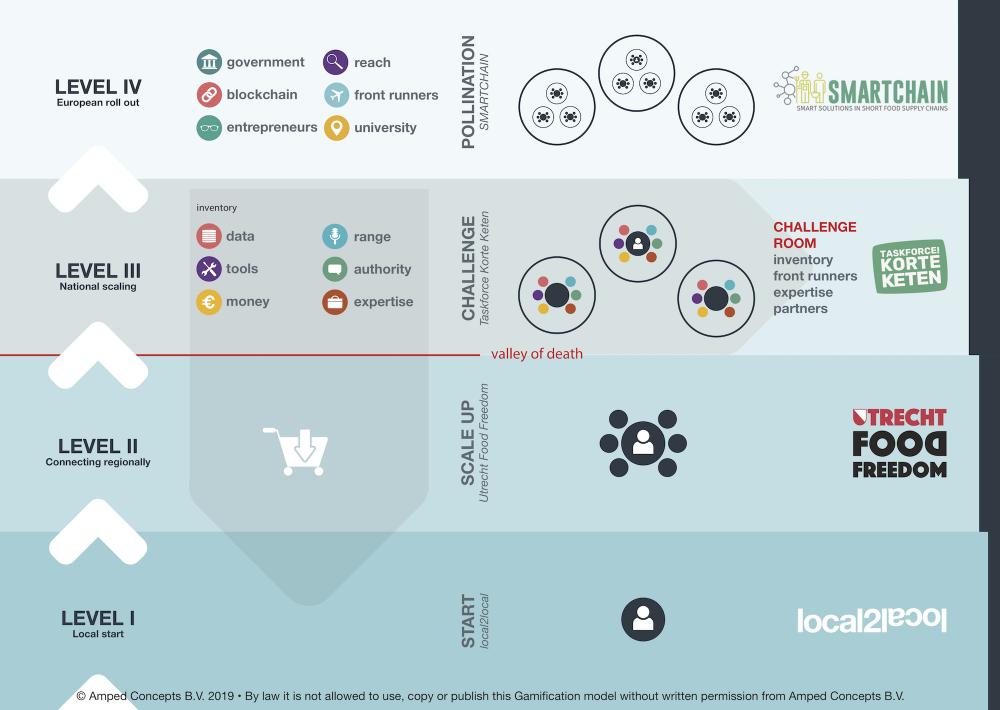 Amped developed the GAIN transition model and contributed this to SMARTCHAIN as a way for other national hubs to organize and empower cooperation between existing SFSC alliances, actors and stakeholders.

By way of GAIN, the Dutch Hub has initiated the Task Force Short Chain (TKK, Level III) in the Netherlands, formed by seven entrepreneurial SFSC-leaders. TKK’s vision and mission aligns with the national agricultural vision and the Task Force has been mandated by the Dutch minister of Agriculture, Nature and Food Quality to provide guidance on the development of regional SFSC-ecosystems in the Netherlands. It now has a working relationship with both the ministry of Agriculture and Economic Affairs. The TKK is actively assisting SFSC-initiatives in the provinces and is part of the SFSC-activation in the Amsterdam Metropolitan Region, in partnership with Rabobank Amsterdam and TKK member organisations. GAIN has also generated interest abroad, most recently from Switzerland and Scotland.

In Q4 2019 and Q1 2020 the TKK has been running workshop programmes (GAIN Challenge Rooms on Level III) with SFSC actors and stakeholders from all regions in the Netherlands. The Challenge Rooms allow participants to explore their shared challenges and opportunities regarding Logistics, Data and Multi-channel, to collaborate and subsequently activate regional hubs for logistics, data and multi-channel approaches.

Amped developed and activated the food survey application Voedsel in de Buurt (Food in the Hood) for its SFSC-company Local2Local, a blockchain project for recording, validating and utilizing SDG-based data and values in a 100% transparent and demand-driven SFSC marketplace (through its case study Local2Local and on behalf of the TKK and on assignment of the ministry of Agriculture), the PlayL2L mobile game (based on GAIN), the student-driven employment project Working@the Farm, helped facilitate the co-created sustainability festival ‘Grounded’ in 2019 for and by students and young professionals, which will be repeated in 2020, and realized comprehensive (and unique) research report of the innovation ecosystem of Short Food Supply Chains in the Netherlands, also on behalf of the TKK. 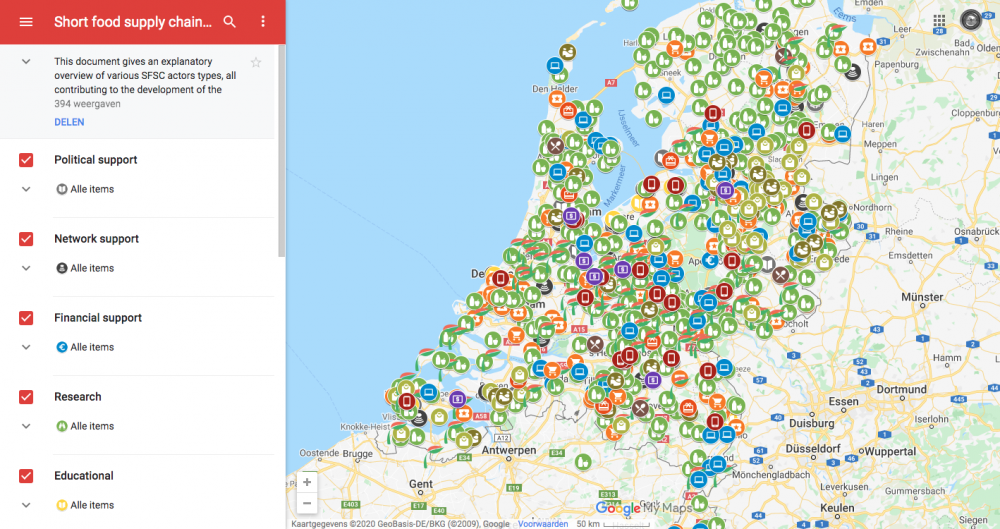